Experiencing the world with only one language at your disposal is like only using the default applications on a computer when you have an entire app store at your fingertips.

And there are numerous benefits waiting to be discovered when you decide to learn a new language.

Immersion-based learning is the most effective type of language learning, as it allows student to learn and respond to authentic language: the words, grammar, dialect, slang, and more.

This method truly works because the student has no choice but to communicate in that language: the same way everyone learns their native language! And get this: immersion-based students are shown to achieve as well as, and in some cases better than, non-immersion schools of teaching.

While the adoption of new languages tends to come easier to children over adults due to their enthusiasm and faster linguistic processes, it’s also shown that adults can rely on using their native-like brain mechanisms to give themselves an advantage as well.

So why should you learn a second language? Here are five of our favourite benefits:

The accent, the slang, the verbal cues and the history of the language will help you understand and appreciate its history.

2. Interact with people around the world

Break your boundaries of only having one way to interact with the world. Give yourself the advantage of knowing a second language: this special ability opens up a communication channel for millions of new people you couldn’t talk to otherwise.

3. Develop a better understanding of your own culture

By learning a second language (and its history), you’ll easier see the connections between its culture and your own. As Geoffrey Willans said, “You can never understand one language until you understand at least two.”

4. Appreciate art in its original form

Visit the museum, attend a foreign event, or spend time in a new part of your city with the ability to understand the language and speak to the people. No translation needed!

Boost your mental processes, get major cognitive benefits, and even ward off Alzheimer’s disease! Downloading a new language into your operating system will improve your memory and increase your attention span, as it challenges and grows the brain. And the acquisition techniques required to learn a second language can easily be applied to other areas of your life. 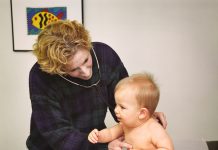 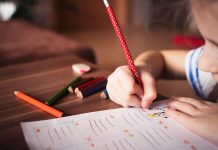 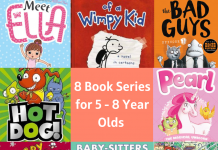 8 Book Series for Your Young Reader