The City of Melville chose the name Winthrop in 1977, in recognition of Sir John Winthrop Hackett, Founding Editor of the West Australian and first Chancellor of the University of Western Australia (from 1912 – 1916). The land that we now call Winthrop was originally part of the Applecross Pine Plantation, bought and developed by the UWA in 1904. The first blocks were sold off to build residential housing in the early 1980’s. In the early days, many people chose to camp out near the sales office to secure a block, some for up to a week! Now the housing in Winthrop is mostly low density and is characterised by larger homes built in the 1908’s and 1990’s.

There is still some evidence remaining of its former life of pine, but there is however a generous number of parks within the suburb, including Winthrop Park, where you’ll find some of the original pine trees, as well as other parks including Robert Smith Park (dog-friendly with BBQ’s and a playground) and Somerville Park (with a playing oval and playground).

The impressive Piney Lakes Reserve is a real draw card for the area, featuring a number of trails and a guided footpath lakes and open park areas and lots of play equipment for the kids. It’s a nature-lovers delight being home to an array of wildlife, including many native birds and is perfect for gatherings and kids’ birthday parties. The area is of great significance in aboriginal history, being part of the Beeliar Regional Park chain which provides a safe habitat and breeding grounds for an abundance of animals. The Piney Lakes conservation centre is located here, and hosts school visits which aim to educate the younger generation in how to protect and maintain the natural ecosystem of the area. An impressive sensory play park can be found at the reserve, containing a sand and water play area and picnic space.

Winthrop has great transport options available with nearest train stations nearby at Bull Creek and Murdoch, each just over one kilometre away. And to hit the bright lights of the City of Perth or Fremantle, major access roads Leach Highway, Murdoch Drive and North Lake Road flank the suburb.

Nearby suburbs may have the lure of major shopping centres like Westfield Booragoon but Winthrop takes care of itself with its own local shopping mall equipped with a supermarket, post office, butchers, bottle shop and some other personal services. Food options include a couple of small cafes and restaurants. The suburb has its own primary school but, depending on your location, the older kids get the option of Melville or Applecross Senior High Schools.

If you would like MGP Property to provide you with the latest Property Market Report for Winthrop, contact James on 0447 120 125 or via email at james@mgpproperty.com.au. 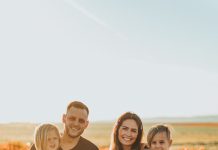 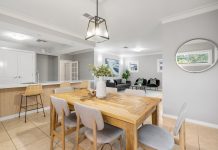