The name Kardinya is documented as the aboriginal name for ‘sunrise’. In the 1950’s, it was used to name a road in the area before being approved as the suburb name a few years later. Kardinya is also recognised as meaning ‘the place of the karda’ in Aboriginal culture. Kardas are also known as the Racehorse Goanna, a large Australian monitor lizard.

Kardinya has a rich history. Dating back to the early 1900’s, a large proportion of Kardinya was used for pig farming, while part of it was the Somerville Pine Plantation developed by the Forests Department and University of Western Australia Endowment Land. For this reason, many of the streets are named after the varieties of pine trees grown in the plantation such as Aleppo, Canary, Maritime and Monterey. Other streets are named after staff from the University of Western Australia, including Dr. J.P. Ainslie, who was a member of the UWA Senate. Kardinya is also the location of the City of Melville’s only (former) winery. In 1922, a local named George Welby established Welby vineyard, it but closed in 1964 and was subsequently subdivided for housing. George Welby is now the name of one of Kardinya’s many parks.

Parks and reserves are a plenty in Kardinya covering 11 per cent of the total area in the suburb. As well as George Welby Park, others include Ormond Bowyer Park (dog-friendly and a popular choice for kids’ parties), Frederick Baldwin Park (featuring a man-made lake), Alan Edwards Reserve (catering for AFL and cricket), Harold Field Reserve (good for bird watching due to being a feeding spot for black cockatoos) and Red Gum Park (with a playground, basketball and tennis facilities). One particular area of historical significance is the heritage-listed Emma George Park (formerly Stone Park). The family originally used the land as a tennis court and planted many of the existing trees you see today.

Kardinya is a one-stop shop for services and amenities. It’s so well equipped, there’s little need to leave the area for any shopping needs. The local Kardinya Park Shopping Centre contains major supermarkets, most of your essential services and numerous retail outlets. Food options are also plentiful. Residents and visitors are treated to an array of different cuisines that Kardinya has on offer, including chinese, vegetarian, sushi plus a great menu at the local tavern, “The Kardy”.

Great transport options are available from Kardinya with regular bus services to both Fremantle and Perth CBD, plus Murdoch train station is just a short distance away. For those that prefer to get behind the wheel, South Street runs through the suburb, giving quick access to Fremantle or to the Kwinana Freeway.

As well as attending Kardinya Community Centre, there are plenty of community activities to get stuck into, including Kardinya Tennis Club, Melville City Hockey Club, Kardinya Lawn Bowling Club, karate groups and an art school. Childcare is well provided for with a number of different options throughout the suburb. Kardinya also has its own Child Health Centre. For schools, Kardinya Primary School and Melville Senior High School are the closest local intakes.

Kardinya has mainly low-density housing types but also has some more medium-density options throughout the suburb. It has a mix of older and more modern homes as well. The suburb enjoys a few well-elevated pockets where you will find great views of Perth City and out to the hills from some magnificently built homes. Kardinya has always been one of the top choices for families in the area.

If you would like MGP Property to provide you with the latest Property Market Report for Kardinya, contact James on 0447 120 125 or via email at james@mgpproperty.com.au. 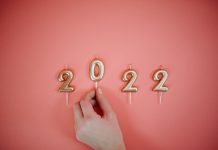 Let’s Make it a “A Year of Resolutions” 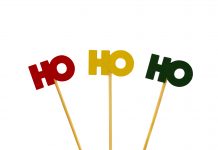 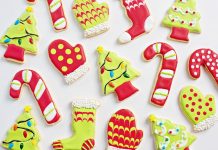 12 Christmas Treats You Can Make with the Kids